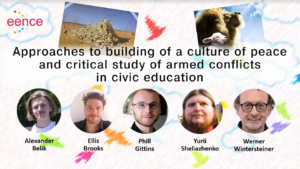 JOIN US online for an essential panel discussion hosted by World BEYOND War, featuring anti-war views from Russia, Ukraine, and more! 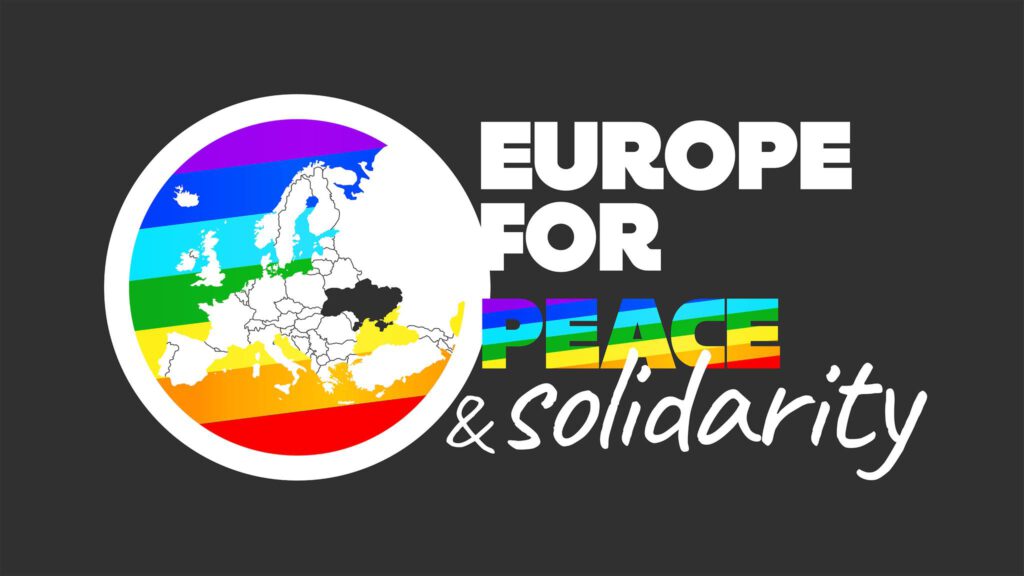 A statement by Manuel Pardo, 13 March 2022, Frente Antiimperialista Internationalista The war in Ukraine by NATO delegation. For the fourth time in history, the capitalist West unloads its maximum imperialist pressure against Russia: the counter-revolutionary war in 1917, the Barbarossa operation of 1941, the expansion of NATO to the East after the demise of the USSR and, finally, the coup in Ukraine and the ensuing war against the Donbas. The harassment against Russia has not necessarily been against a … END_OF_DOCUMENT_TOKEN_TO_BE_REPLACED 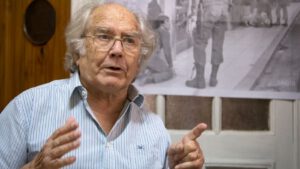 There are just causes.

It is necessary to make a calm analysis on those responsible for the war between Ukraine and Russia and the silence and refusal to find a diplomatic solution to avoid war on the part of the US and the EU. 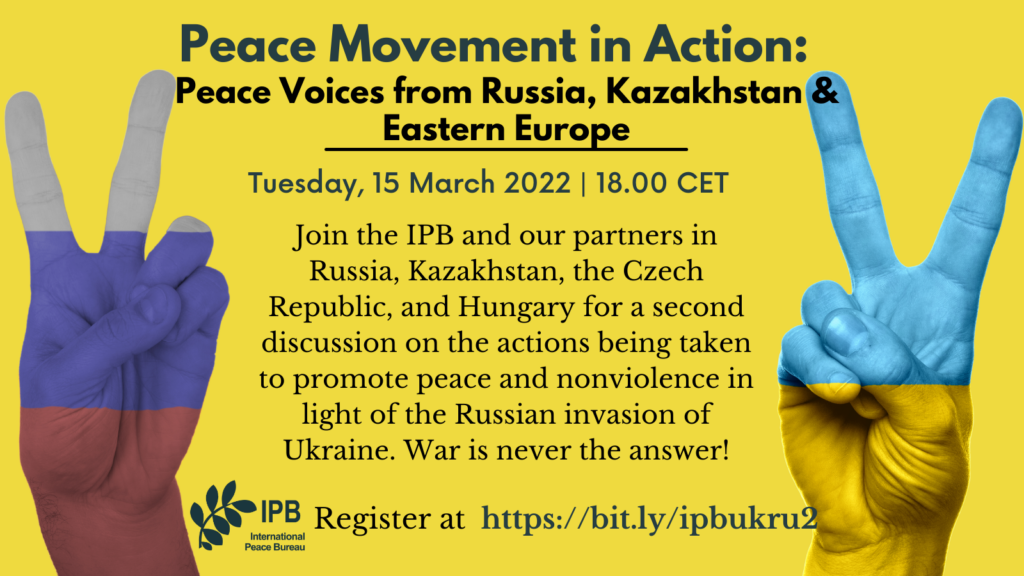 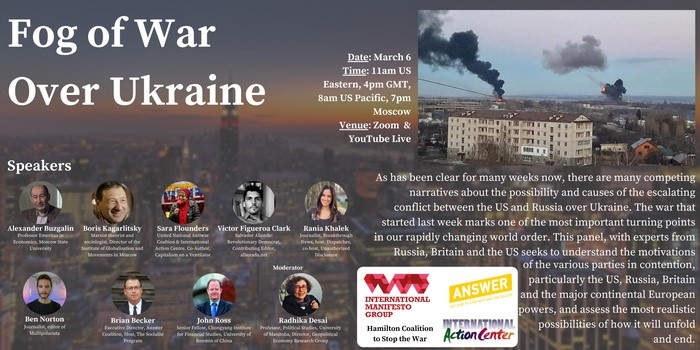 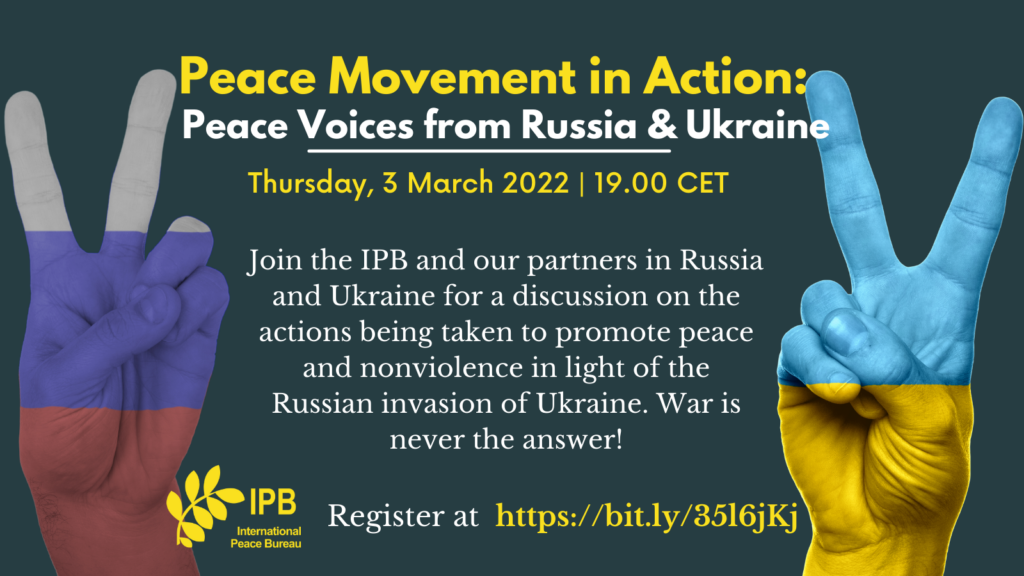 An international anti-war zoom meeting on February 26 attended by thousands and organized by CODEPINK, Stop the War Coalition, the Campaign for Nuclear Disarmament and the No To NATO network agreed to an international day of anti-war action on Sunday, March 6. https://www.peaceinukraine.org/ 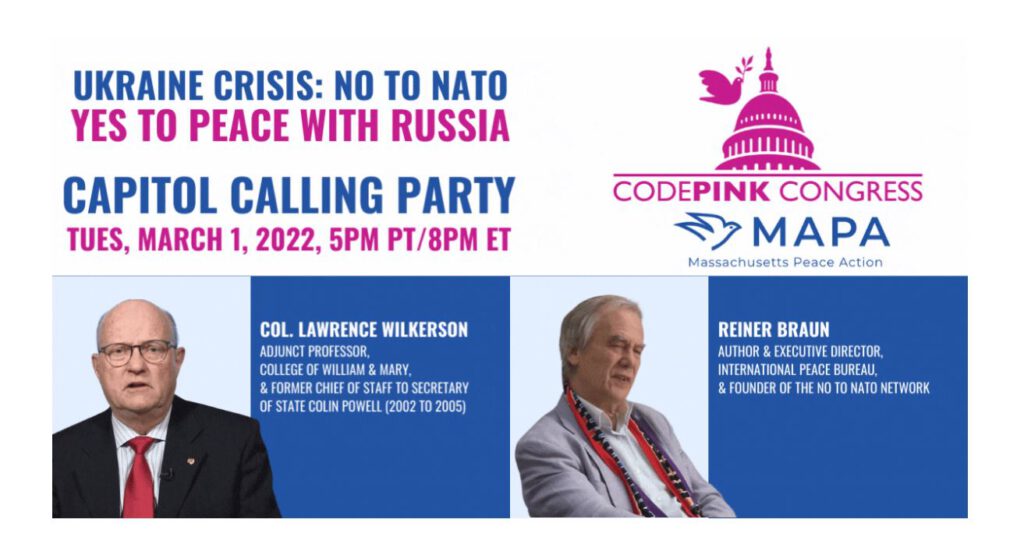 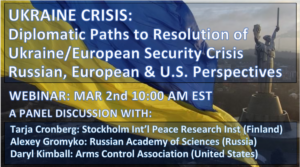 END_OF_DOCUMENT_TOKEN_TO_BE_REPLACED

by Ray McGovern Posted on April 15, 2021 President Joe Biden has now taken a waiver on the “unwavering”, full-throated support that he, Secretary of State Antony Blinken, and NATO Secretary General Jens Stoltenberg had been giving to Ukrainian President Volodymyr Zelensky. The recurring “unwavering” meme was played right up until late Tuesday after Biden’s telephone talk with Putin Tuesday. https://original.antiwar.com/mcgovern/2021/04/14/biden-and-blinken-blink-on-ukraine/

I certainly realize that there are more than a few neo-Nazis and fascists in the powerful and influential right-wing of Ukraine.  As Faulkner wrote, the past isn’t dead, it isn’t even past.  That said, as we prepare a webinar about Ukraine, we do need to take accounts like the one that follows here into consideration. Reality is rarely either/or or black and white.   Joseph Gerson   ‘Some stay, some die’: The horror of Ukraine’s war camps Survivors give grisly … END_OF_DOCUMENT_TOKEN_TO_BE_REPLACED