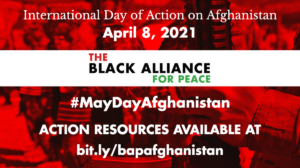 by Manlio Dinucci  Not everything in Europe is paralyzed by the anti-Covid lockdown: in fact, the mammoth annual exercise of the US Army, Defender-Europe, which until June mobilized on European territory, and beyond this, dozens of thousands of soldiers with thousands of tanks and other means, has been set in motion. The Defender-Europe 21 not only resumes the 2020 program, resized due to Covid, but amplifies it. Why does the “Europe Defender” come from the other side of the Atlantic? The 30 … END_OF_DOCUMENT_TOKEN_TO_BE_REPLACED

Discussing Actions & Activities in 2021 for a Nuclear Weapons Free Europe

To learn more about the networks appeal and call for actions visit: www.nukefreeeurope.eu

For your interest this is the response to the UK’s Integrated Defence Review (IDR) written by Trident Ploughshares’ Dialogue and Negotiation Team. It has been sent to the Prime Minister and other parliamentarians in Scotland, England and Wales. In peace and love, Angie Zelter, Trident Ploughshares.

END_OF_DOCUMENT_TOKEN_TO_BE_REPLACED

A response to the official
NATO Reflection Group

Common Road Map to End Nuclear Sharing in Europe With the entry into force of the TPNW (Treaty on the Prohibition of Nuclear Weapons) the governments in European nuclear sharing countries, i.e. Belgium, Germany, Italy and the Netherlands, are confronted with a new reality: nuclear disarmament is now on the agenda in security politics. This gives the peace movement in Europe an important chance to shape a new strategy to put pressure on European governments and NATO countries to rethink … END_OF_DOCUMENT_TOKEN_TO_BE_REPLACED 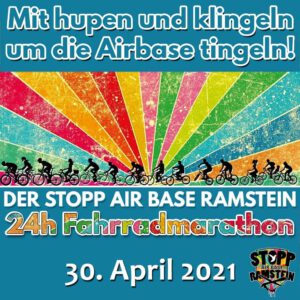 “With the Hibakusha, Let us Achieve a Nuclear Weapon-Free, Peaceful and Just World – For the Future of the Humankind and Our Planet.” 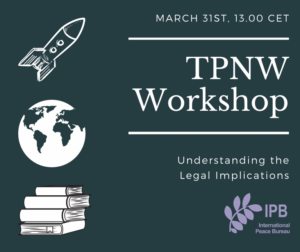 Just a few weeks ago, we and many other groups around the globe have celebrated the official entry into force of the Treaty on the Prohibition of Nuclear Weapons.

Meanwhile, others tried to delegitimize it and to minimize its success.

More information about the counter actions are coming soon here no-to-nato.org  and in German here:  https://essener-friedensforum.de/themen/japcc-kalkar/

Webinar: “Path to Peace–The Case for a Peace Agreement to End the Korean War” 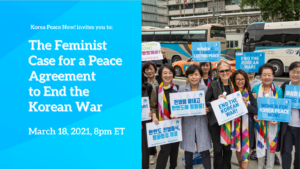 by Manlio Dinucci  Ten years ago, on March 19, 2011, US / NATO forces began the air-naval bombing of Libya. The war was directed by the United States, first through the Africa Command, then through NATO under US command. In seven months, the US / NATO air force carried out 30,000 missions,  10,000 were attack missions, with over 40,000 bombs and missiles. Italy – with Parliament multipartisan consent (Democratic Party, PD, in the front row) – participated in the war … END_OF_DOCUMENT_TOKEN_TO_BE_REPLACED 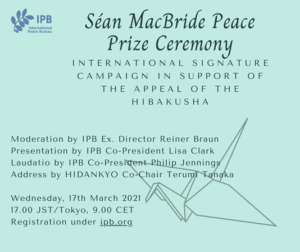 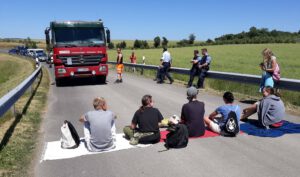 organized by the campaign Stopp Air Base Ramstein, the international “No to War – no to NATO” network, the International Peace Bureau

with the support of GCOMs 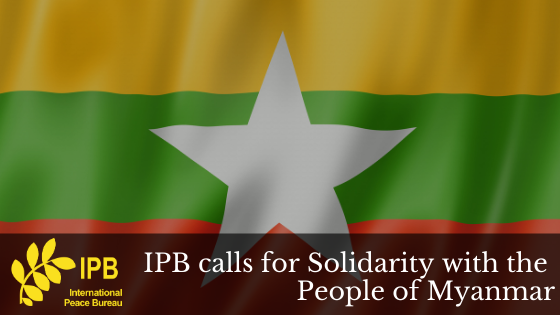 The military is targeting political parties, the trade union movement and civil society. The military is forcing people at gunpoint to return to work. They are in fundamental breach of ILO labour standards.

We make a call to action to the peace movements worldwide to take action. https://www.ipb.org/ipb-statements/ipb-calls-for-solidarity-with-the-people-of-myanmar/

Taps for America’s empire of bases? Reducing the U.S. global bootprint Mar 10, 2021 01:00 PM in Eastern Time (US and Canada) organized by the Quincy Institute For Responsible Statecraft The panel will include David Vine, professor of political anthropology at American University and board member of the Costs of War Project; Christine Ahn, Executive Director of Women Cross DMZ; and John Glaser, director of foreign policy studies at the Cato Institute.   Quincy Institute President Andrew Bacevich will moderate. … END_OF_DOCUMENT_TOKEN_TO_BE_REPLACED

by Ludo De Brabander, March 2021 Last year a 10 member-group of “experts” published the report, ‘NATO 2030: United for a New Era’ on the request of NATO-Secretary-General Stoltenberg. He tasked them to reflect on NATO’s future and its challenges after French President Macron called the military alliance “brain dead” on the eve of the NATO summit in London (3 and 4 December 2019). The ‘experts’ put forward 138 recommendations on how NATO should adapt for the next decade. This … END_OF_DOCUMENT_TOKEN_TO_BE_REPLACED

by Manlio Dinucci The NATO Dynamic Manta anti-submarine warfare exercise took place in the Ionian Sea from February 22 to March 5.  Ships, submarines, and planes from the United States, Italy, France, Germany, Greece, Spain, Belgium, and Turkey participated in it. The two main units involved in this exercise were a US Los Angeles class nuclear attack submarine and the French nuclear-powered aircraft carrier Charles de Gaulle together with its battle group, and a nuclear attack submarine was also included. … END_OF_DOCUMENT_TOKEN_TO_BE_REPLACED