For a Europe truly acting for Peace, climate, nuclear disarmament, social justice, human rights and a welcome with dignity for migrants.

Translation of the flyer

EVERYBODY TO ON SUNDAY 9 JANUARY 2022

“For a Europe truly acting for Peace, climate, nuclear disarmament, social justice, human rights and a  welcome with dignity for migrants”.

The challenges and difficulties we face (mass unemployment, low wages, miserable pensions, global warming, covid 19, persistent wars that feed violent fundamentalism, revolting injustices, all kinds of violence) require solutions based on cooperation between peoples and states in the fields of science and health, more social justice, a better distribution of wealth, the political and diplomatic resolution of conflicts and therefore a reduction in arms expenditure.

However, the 54 EU ministers (defence and foreign affairs) who will hold a summit in Brest at the beginning of January will talk about the increased militarisation of the EU, the increase in national military budgets as requested by NATO, the increase in the European Defence Fund, the establishment of a maritime military presence in the Indo-Pacific area, the implementation of  the Future Combat Air System FCAS for a minimum of 80 billion euros, new military projection forces, etc…
France, for its part, persists in its programme to modernise its nuclear weapons arsenal at a cost of

100 billion over the next 15 years, even thoug  the Treaty on the Prohibition of Nuclear Weapons entered into force on 22 January 2021.‌

Beyond our differences of conviction, membership or philosophical, political, religious, trade union or other sensitivities, let us all gather in Brest on 9 January 2022

STOP THE WARS, STOP THE VIOLENCE, STOP THE MISERY 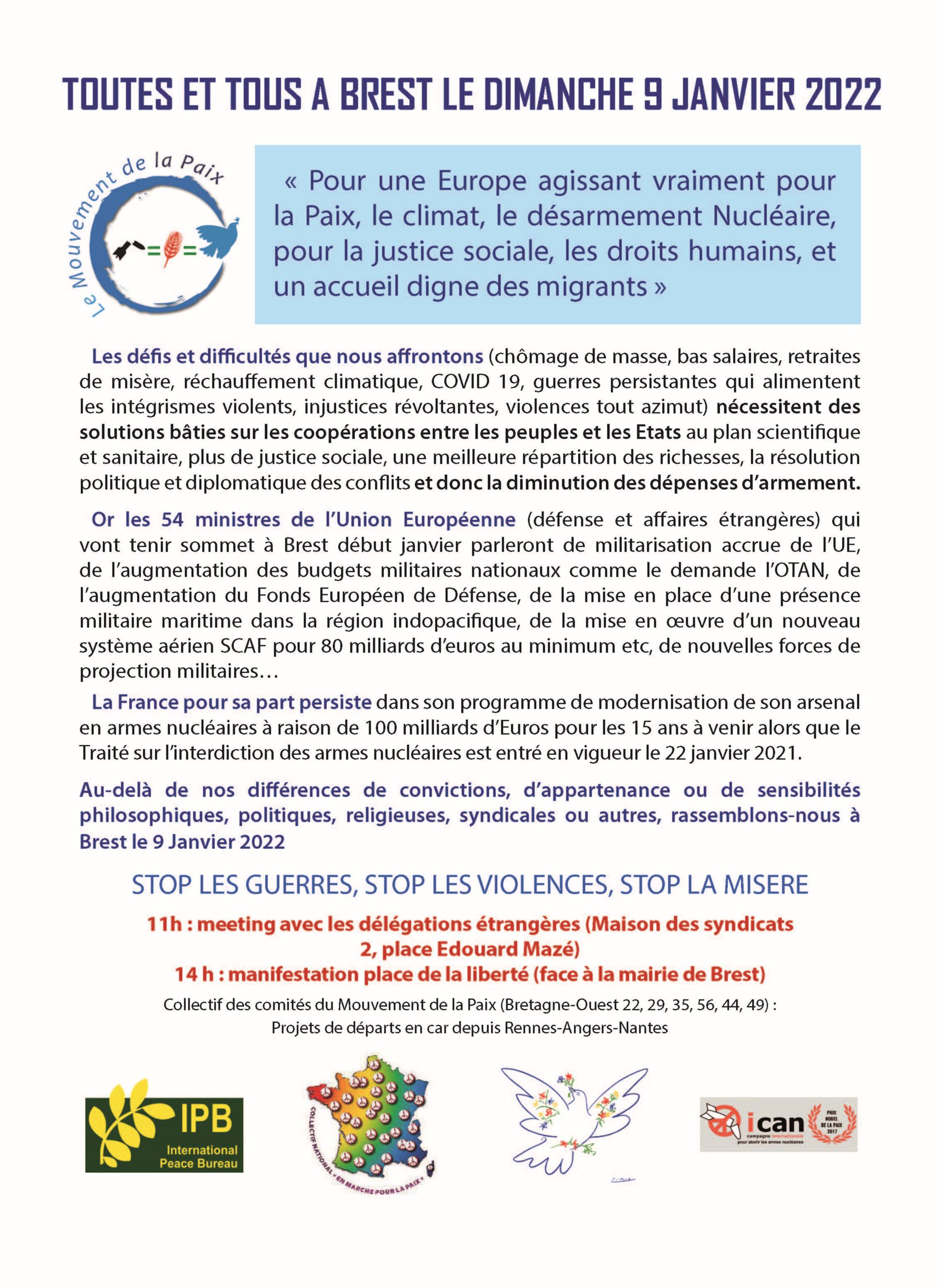 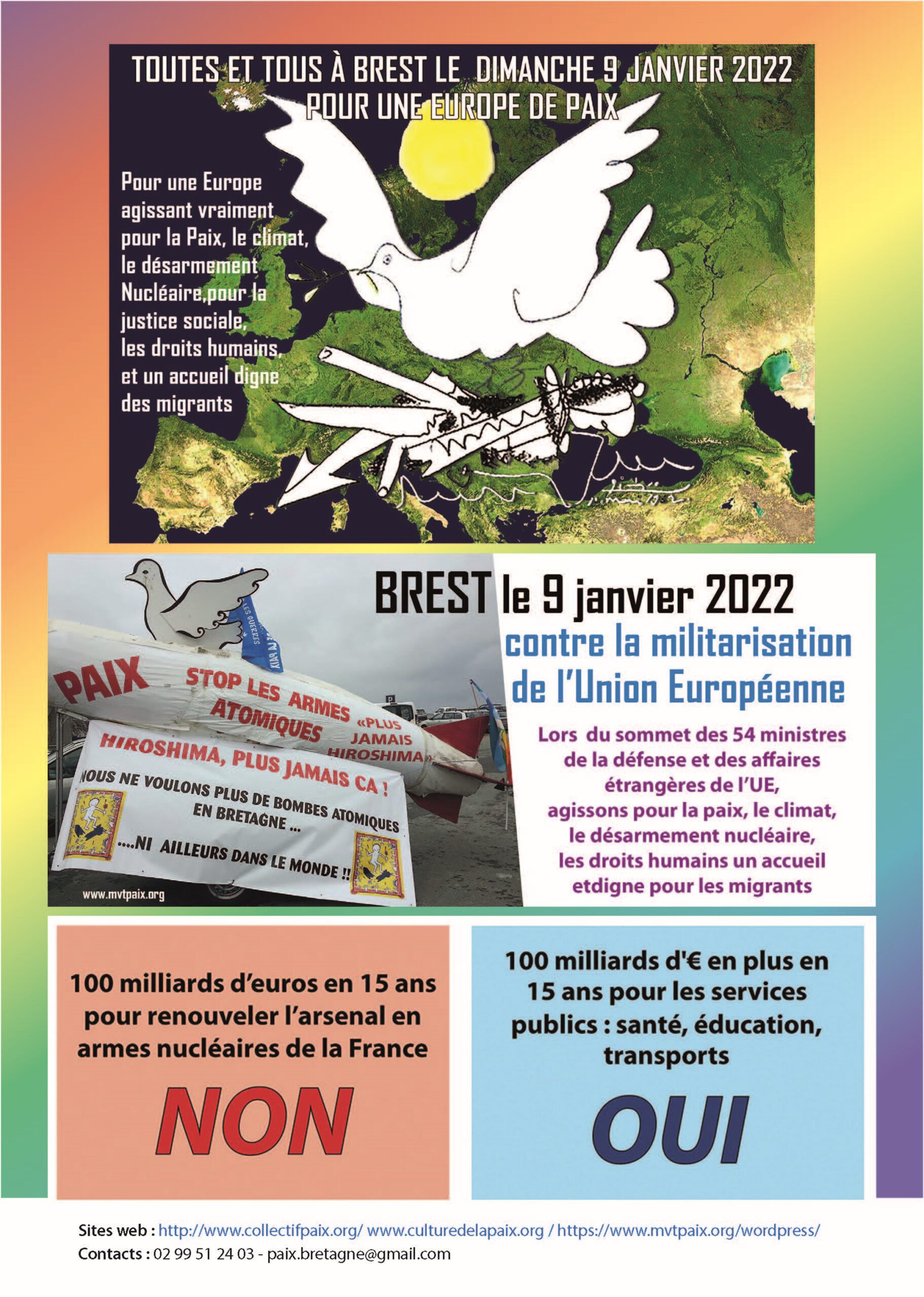