Why is the U.S. provoking global war?

END_OF_DOCUMENT_TOKEN_TO_BE_REPLACED

Open Appeal to the German Government and to the Council of Europe, OSCE and NATO I In February 2016 the Turkish Constitutional Court revoked the pre-trial imprisonment imposed upon two journalists who had uncovered support provided by Turkish authorities to militant Islamists in Syria. In response, the Turkish President Erdogan threatened the judges: “I don’t need to accept [this decision], I want to make that clear. I don’t obey or respect the decision.”[i] Deeds have now followed these words. The … END_OF_DOCUMENT_TOKEN_TO_BE_REPLACED

END_OF_DOCUMENT_TOKEN_TO_BE_REPLACED

Six organizations of the Polish peace and social movements together with the international Network Not o War – No to NATO conducted the alternative summit “No to War – No to Militarism – Yes to Refugees“ and the demonstration “Money for the Hungry not for Tanks“ in Warsaw from July 8th to 10th. Aim of the protests actions was the continuous delegitimation of the largest military organization of the world which is permanently and worldwide engaged in wars. The international … END_OF_DOCUMENT_TOKEN_TO_BE_REPLACED

Around 150 people protested outside of an Army recruiting center in Times Square in New York City as NATO met on July 9th in Warsaw, Poland. Speakers included some of the people on the No to NATO list including Al Marder of the US Peace Council, Bruce Gagnon of the Global Network Against Weapons and Nuclear Power in Space and myself, Joe Lombardo of the United National Antiwar Coalition.  Other organizations that supported the action included Code Pink, Veterans for … END_OF_DOCUMENT_TOKEN_TO_BE_REPLACED 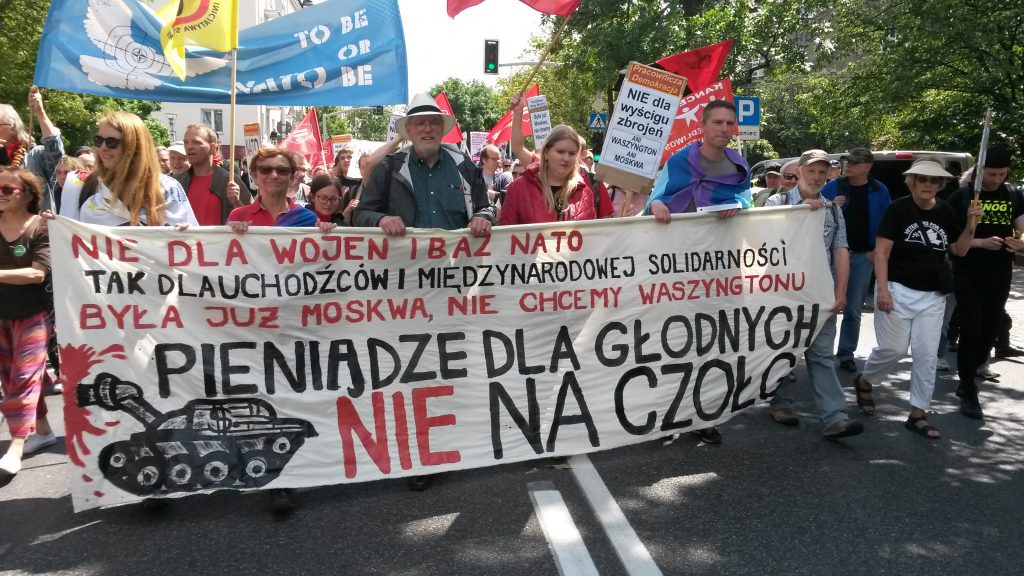 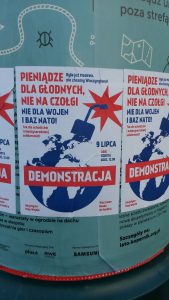 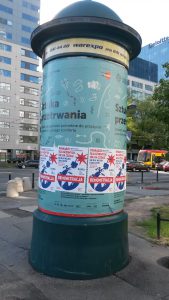 Friends, As a number of you know, I am in Warsaw for a Counter-NATO Summit conference held yesterday and tomorrow, and for a demonstration later today. Yesterday’s conference, initiated by the No to NATO/No to War Network, on whose Steering Committee I serve, was attended by 150 people from 14 countries. The majority were obviously Poles, but there were a good number of Germans, as well as people from the U.S., Britain, Russia, France, Spain, the Czech Republic, Austria and … END_OF_DOCUMENT_TOKEN_TO_BE_REPLACED

Warsaw, July 9th 2016 Six Polish organizations of the peace and social movements as well as the international network No to War – No to NATO conducted a NATO Alternative Summit “No to War – No to Militarism – Yes to Refugees” in Warsaw on Friday July 8th. The aim of the conference was to continue the delegitimization of the largest military alliance of the world which permanently and globally is involved in wars. About 150 persons from 18 countries … END_OF_DOCUMENT_TOKEN_TO_BE_REPLACED

Friends, This weekend the NATO heads of state, including President Obama, will be meeting in Warsaw. The summit comes as the U.S., NATO and Russia are ratcheting up military tensions with new deployments of troops and weapons (the U.S. is quadrupling its military spending in Europe,) dangerously provocative military exercises, and nuclear saber rattling reminiscent of the Cold War. The NATO summit’s agenda will include increasing the U.S. and NATO presence across Eastern Europe, the Baltics and the Black Sea; … END_OF_DOCUMENT_TOKEN_TO_BE_REPLACED