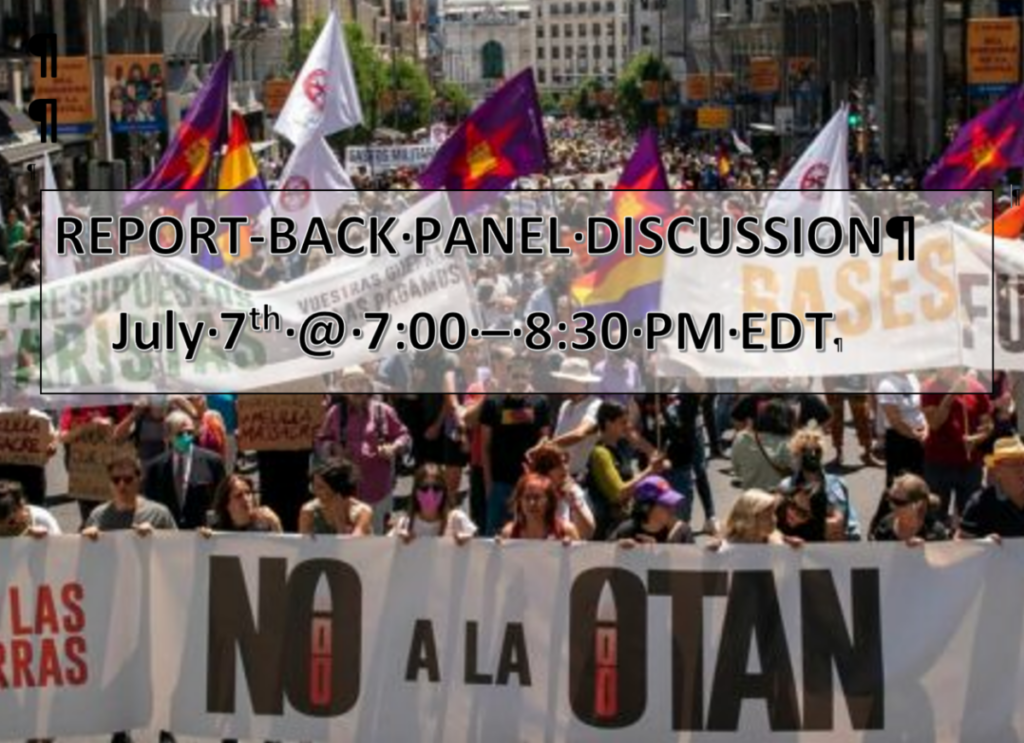 NATO and the international militarization associated with it provoked the confrontation with Russia. That resulted in the largest protests in many years at a NATO summit, as 30,000 people marched in Madrid on June 26 chanting “No to NATO” in many different languages.
Commitments to disarmament and international cooperation united the thousands of participants who marched through the streets of Madrid in the great heat. Left-wing national, European and international, radical left-wing groups were represented as well as peace organizations, women’s groups, solidarity organizations and environmental organizations, including Friday For Future, all with clear anti-militaristic statements.
Three U.S. peace activists who were there will report back on the anti-NATO protests and on the Peace Summit and Counter Summit in Madrid, which took place on June 24 and 25.  Political differences within the anti-NATO forces in Madrid were too deep to agree on a unified counter-summit, and this will be explained by our panelists.
Please register: https://us06web.zoom.us/meeting/register/tZIpd–srDgpHNawY84QXrzCjztx3F4M6-96