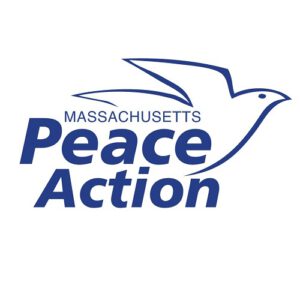 During the pandemic, the lack of investment in public health infrastructure, including health care for all, has had deadly consequences for tens of thousands of people. The $22.42 billion the U.S. will be spending this year to upgrade its first-strike nuclear arsenal could pay for 624 million corona virus tests, 747, 633 covid-19 hospital stays, or 6.6 BILLION N95 masks. This has to change. Our lives and security depend on it.

Join Bill Hartung of the Center for International Policy, Elaine Scarry of Harvard University, and Joseph Gerson of the Campaign for Peace, Disarmament and common Security for our Health Care, not Nuclear Warfare webinar July 26.

William Hartung is Director of the Arms and Security Project  at the Center for International Policy, is also a senior adviser to the center’s Security Assistance Monitor. He is the author of Prophets of War: Lockheed Martin and the Making of the Military-Industrial Complex (Nation Books, 2011) and co-editor, with Miriam Pemberton, of Lessons from Iraq: Avoiding the Next War (Paradigm Press, 2008). Previous books include And Weapons for All (HarperCollins, 1995), a critique of U.S. arms sales policies from the Nixon through Clinton administrations.

Elaine Scarry is Professor of English and American Literature and Language  at Harvard University. Her books include The Body in Pain, On Beauty and Being Just, Dreaming by the Book, and Thermonuclear Monarchy: Choosing Between Democracy and Doom, in which she ‘explores the baleful political consequences of limiting the control of nuclear weapons to a select few, and the authority to launch them to even fewer – in the case of the United States, to the president alone in what amounts to his monarchical power.’

Joseph Gerson, Executive Director,  Campaign for Peace, Disarmament and Common Security.  Gerson organizes and educates at local, national and international levels for peaceful and just alternatives to U.S. foreign and military policies, concentrating on great power tensions, nuclear weapons abolition, the impacts of U.S. foreign military bases, and Pentagon spending. He serves as Vice-President of the International Peace Bureau, co-convenes the Peace & Planet international network and is a member of the No to NATO/No to War steering committee. His books include Empire and the Bomb: How the US Uses Nuclear Weapons to Dominate the World; The Sun Never Sets…Confronting the Network of U.S. Foreign Military Bases; and With Hiroshima Eyes: Atomic War, Nuclear Extortion and Moral Imagination.