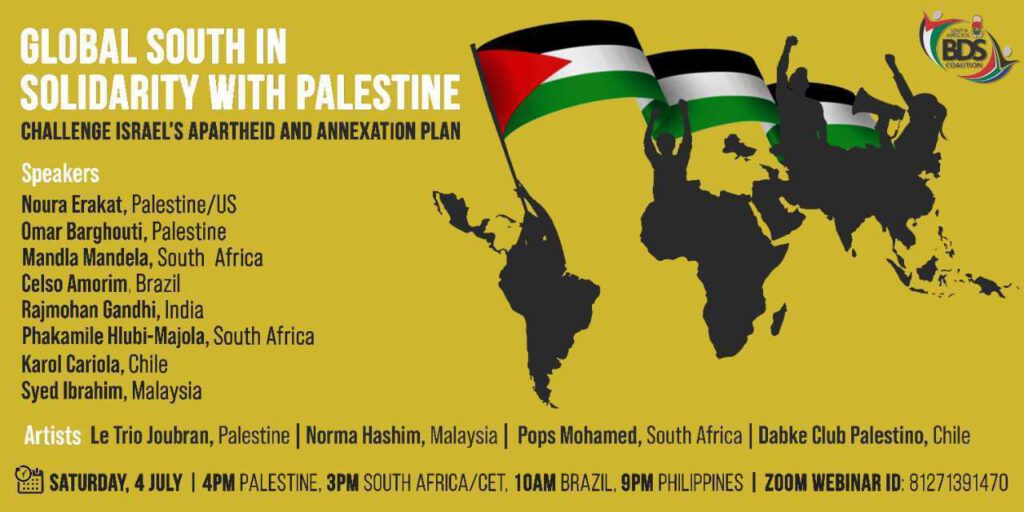 Join the rally on 4th July, at 4 PM Palestine time/ 3 PM SAST by following this Zoom link, or on the Facebook Live of these two pages:
South African BDS Coalition and Boycott, Divestement and Sanctions (BDS) Movement