Cynthia Cockburn was a British academic, feminist, and peace activist. She was a researcher, writer, and photographer who has contributed to the study of masculinity, labor processes, and trade unionism, and more recently of gender, war and peace-making. She was an active anti-militarist and has long been involved in a number of peace and anti-war organizations. Cynthia was involved in the European Forum of Socialist Feminists and Women Against Fundamentalism and has long been active in the international network and London local group of Women in Black against War. From the beginning she supported the women against NATO network and produced the pink T-Shirts “Say no to NATO” which was handed over to the No to war – no to NATO network. In remembering of here we will use them in our fight against NATO.

Rebecca (23.09.2019): Please see below for the photo of Cynthia on our Women in Black commemorative poster, as displayed last wednesday in the place she occupied on our London vigils. 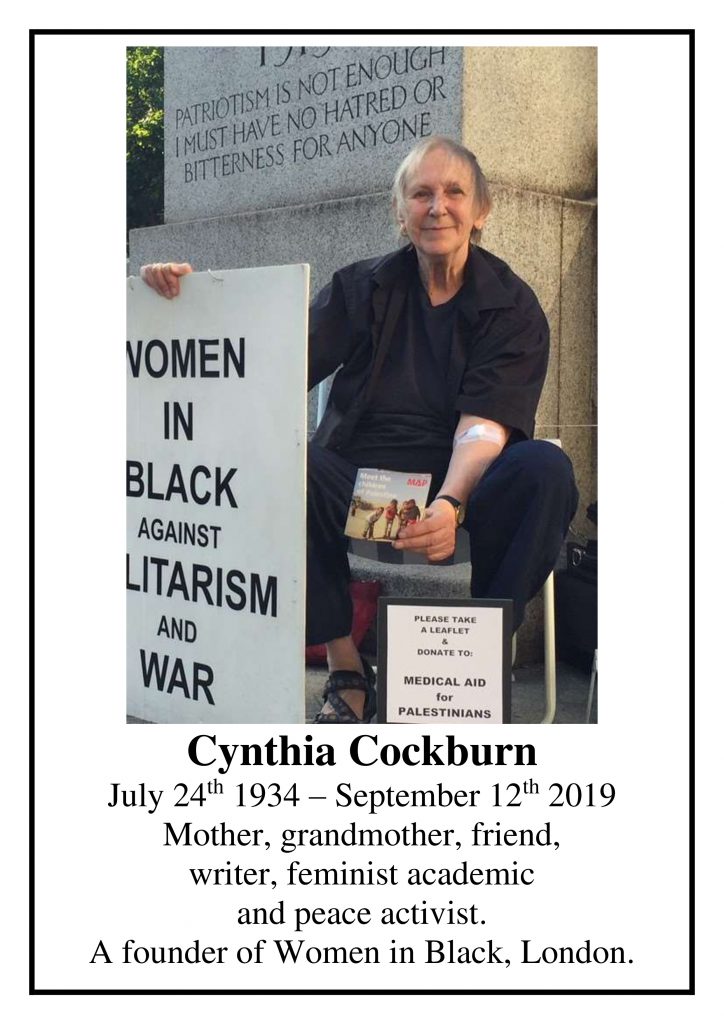