The U.S. and European States must Stop Meddling in Venezuela

We join Noam Chomsky and 70 Latin American scholars who recently issued an open letter in opposition to the ongoing intervention by a number of states in Venezuela. In addition to this remarkable document, we are acutely aware of the military power behind international finance, military threats and conflict.

The US government must stop trying to overthrow the government of Venezuela’s elected president, Nicolas Maduro.

The actions of the U.S. government are not subject to the transparent rule of law or any kind of ethical standards. The plan is to use any means necessary to remove President Maduro and open the country to international financial intervention and political control.

We oppose any military action and call for the national sovereignty of VENEZUELA to be respected. Problems must be solved in a peaceful way by negotiations without pressure.

People in Venezuela need help and support in facing a difficult economic situation, but not from self-interested states that seek only their own advantage. International organizations like the Red Cross are responsible actors, not the government of the US whose goal is illegal regime change.

NATO countries like Germany, France and GB are supporting the US government in its reprehensible actions.

We call on these interventionist powers to accept international law and stop supporting illegal actions against an elected government and a sovereign state. NATO has no role in Venezuela. Military exercises must end immediately. All foreign soldiers at the border to Venezuela should withdraw without delay. All foreign military bases and camps must be closed.

Latin America needs disarmament too. We say no to the new arms race started by right-wing governments in Brazil, Argentina and the U.S.. Disarmament frees up money to meet people`s needs.

Everyone who supports peace and democracy must say no to regime change in Venezuela.

ICC intern. network No to war – no to NATO 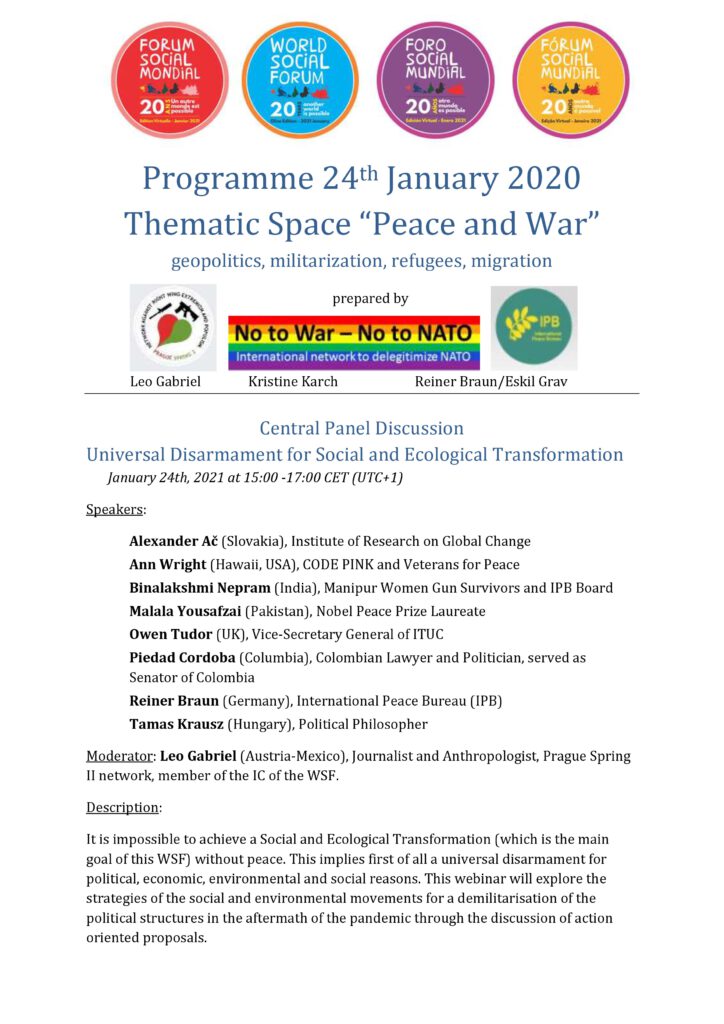