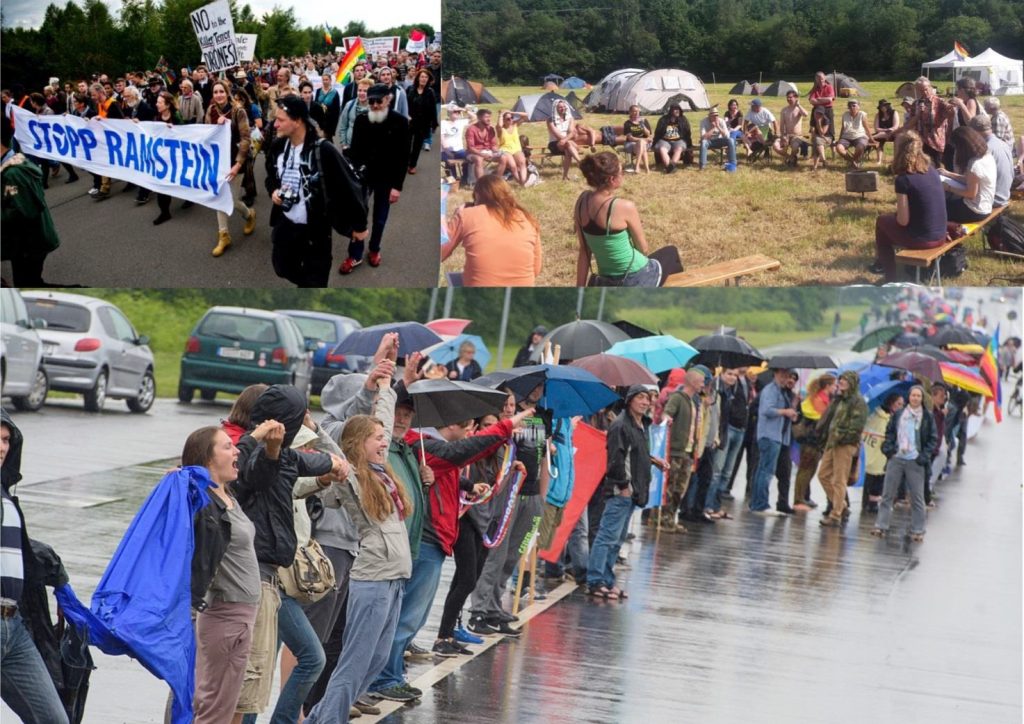 The US Air Force Base at Ramstein, Germany, is a central pivot for preparing and executing wars of aggression violating international law. Most of the lethal missions of US combat drones, e.g. in Iraq, Afghanistan, Pakistan, Yemen, Syria, and Africa, are conducted via Ramstein’s satellite relay station.

US drone pilotes from a multitude of military bases use Ramstein for operating killer drones in illegal war missions around the world. In Ramstein itself, about 650 personnel continuously analyze, update and pass on data from the surveillance of alleged targets.

This is why peace activists initiated a campaign against drone war and the Air Force Base in Germany. As a platform for the many peace movements and activist this campaign aims at bringing together the different spectrums and to bundle peace related activities.

Following the habit of recent years there will be an action-week in 2017 between September 3rd and 10th in Kaiserslautern/Germany. Including an international congress on military bases, an evening event with outstanding speakers and a music festival as well as a week long protest camp near the Air Force Base.

The detailed program reads as follows: 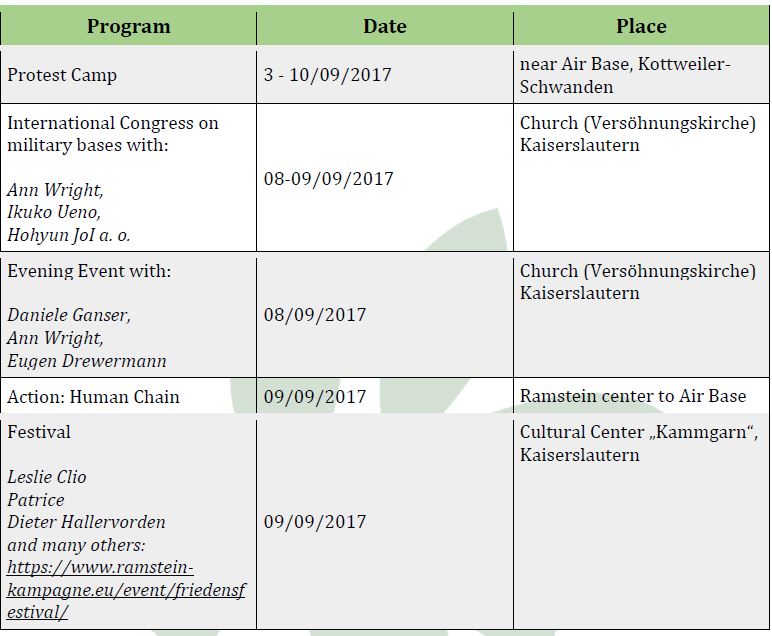