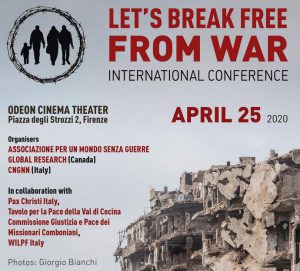 Let’s Break Free From War moved to the internet

was originally scheduled for April 25th 2020, in Florence, at the Odeon Theatre

They decided to postpone the organization of the Conference until April 3rd. On that day the Committee will decide depending on the state of the epidemic, if it is possible to hold a Conference including an audience, or if not,

to stream the Conference.

The Committee believes it is important to hold the Conference

on the 25th of April

for the symbolic value of this date.

We commemorate the Liberation Day

and the End of Second World War,

but during those days Defender 2020, gigantic war games are starting at the European borders with Russia, despite the epidemic advancing in Europe.

NATO General Secretary Jens Stoltenberg defined Defender 2020 the largest deployment of US forces in Europe since the end of the Cold War.

On the very same days the UK Court will decide the fate of Julian Assange.

The USA wants to try him unfairly for doing his job as a journalist by revealing the truth about the invasive and dangerous behaviour of the US government on foreign policy. Should the British Court grant the extradition of Assange to the USA to be tried in a trial –

a trial which looks more like revenge and punishment than justice –

the whole category of world journalists would be in danger.

on the 75th Anniversary of Italian Liberation

and end of the Second World War:

Themes of the Conference

The organizers of the Conference never ask for any financial contribution from public or private bodies, nor from political parties wanting to maintain their autonomy. They ask you to contribute to the considerable expense with 10 euros or more. To make the payment easily, go to our site and use PayPal. 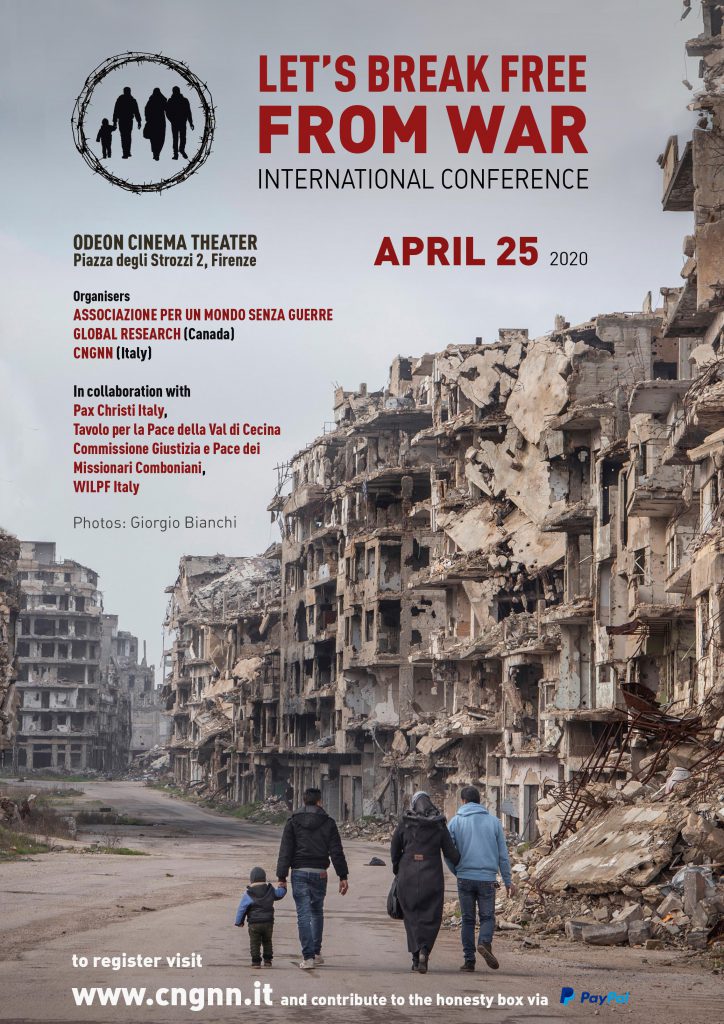 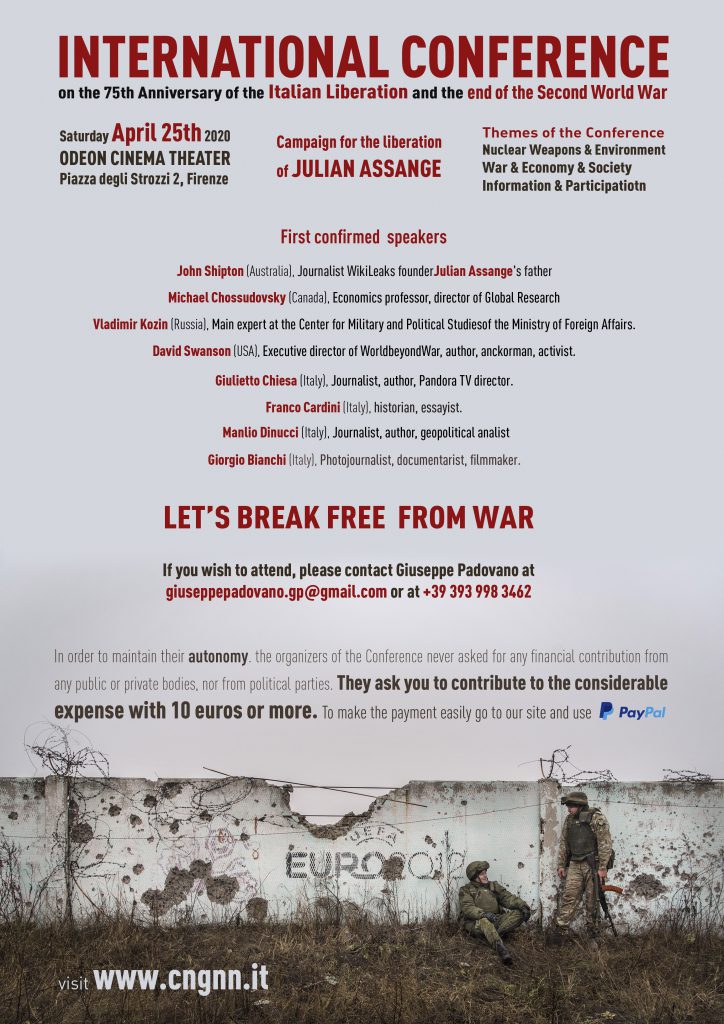