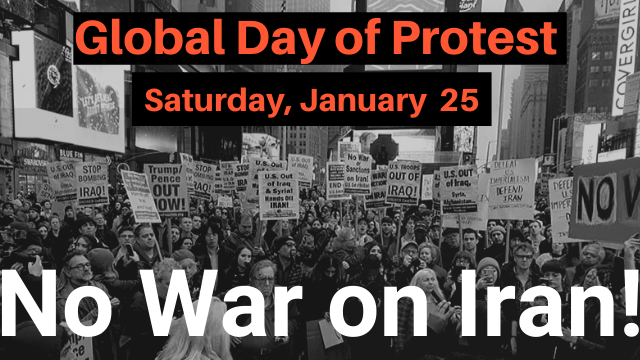 Endorse and List Actions for Global Day of Protest Saturday, January 25– No War on Iran! …

U.S. aggression against Iran threatens to begin yet another disastrous, bloody war. The people of the world must fight back and demand: No war on Iran!

On Saturday, January 25, actions across the world will oppose a new war in West Asia. Now is the time for all those opposed to war to speak up. Please join

Click here to endorse the Global Day of Protest, or to list an action you are organizing

Click here to endorse the Global Day of Protest, or to list an action you are organizing Donate Today