We’re two weeks away from April 4th, the anniversary of the awful murder of our brother Martin. We carry this man in our souls. We know his essence and we remember Beyond Vietnam at Riverside Church:

We cannot be silent either.

And who would have thought that NATO, the most powerful killing machine in the history of the world, would share April 4th with Dr. King?  We resist NATO and their 70th anniversary in Martin’s name!

We’ll begin gathering at the MLK Memorial  at 9:45 am. The memorial is located at 1865 Independence Ave., SW. Our program will begin at 10:00 am.  It will be a powerful, brief, soulful tribute. Each speaker is asked to keep their presentations under ten minutes. We plan to begin marching to Freedom Plaza by noon.

Here’s the program at MLK: 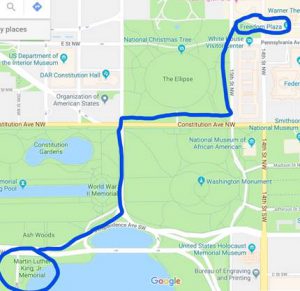 See more on the program and speakers:  https://worldbeyondwar.org/notonato/