Break the Silence YES to Peace! NO to NATO!

Join us to commemorate the life and legacy of Martin Luther King, Jr.

Join us on the capitol steps at 12:15 for Veterans for Peace Chapter 27 Bell Ringing and commemorative program, including a speaker from Communities United Against Police Brutality.

At 1:30 we will meet in the capitol rotunda to hear excerpts from the “Beyond Vietnam” speech and our featured speakers, August Nimtz, Professor of Political Science and African American Studies at the University of Minnesota and Major Todd A. Pierce, a Judge Advocate at (JAG) officer at Guantanamo where he defended prisoners. He is the recent recipient of an M.A. in Politics from the New School with a focus on the political thought of Hannah Arendt and on U.S. imperial history. 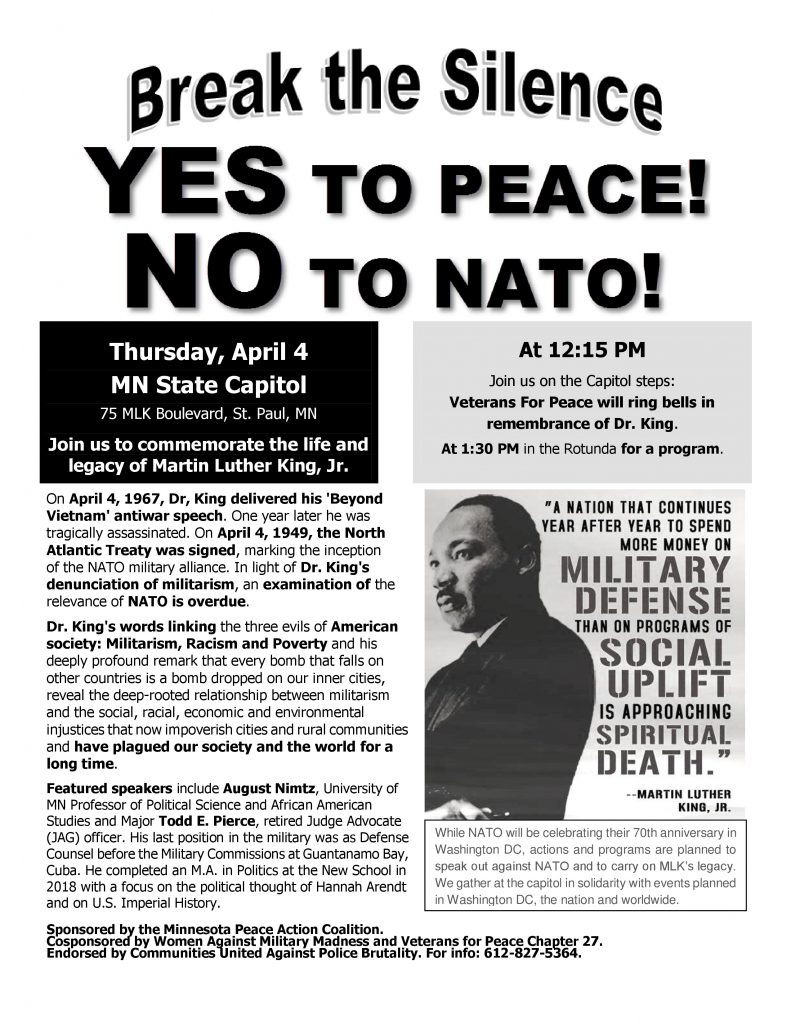