We’re kicking off the new year with our free webinar, titled “Militarism in the Media.” Tune in next week on January 15 at 8:00 p.m. – 9:00 p.m. Eastern (GMT – 5) to a panel discussion with experts Rose Dyson and Jeff Cohen on the role of media in promoting violence and war. 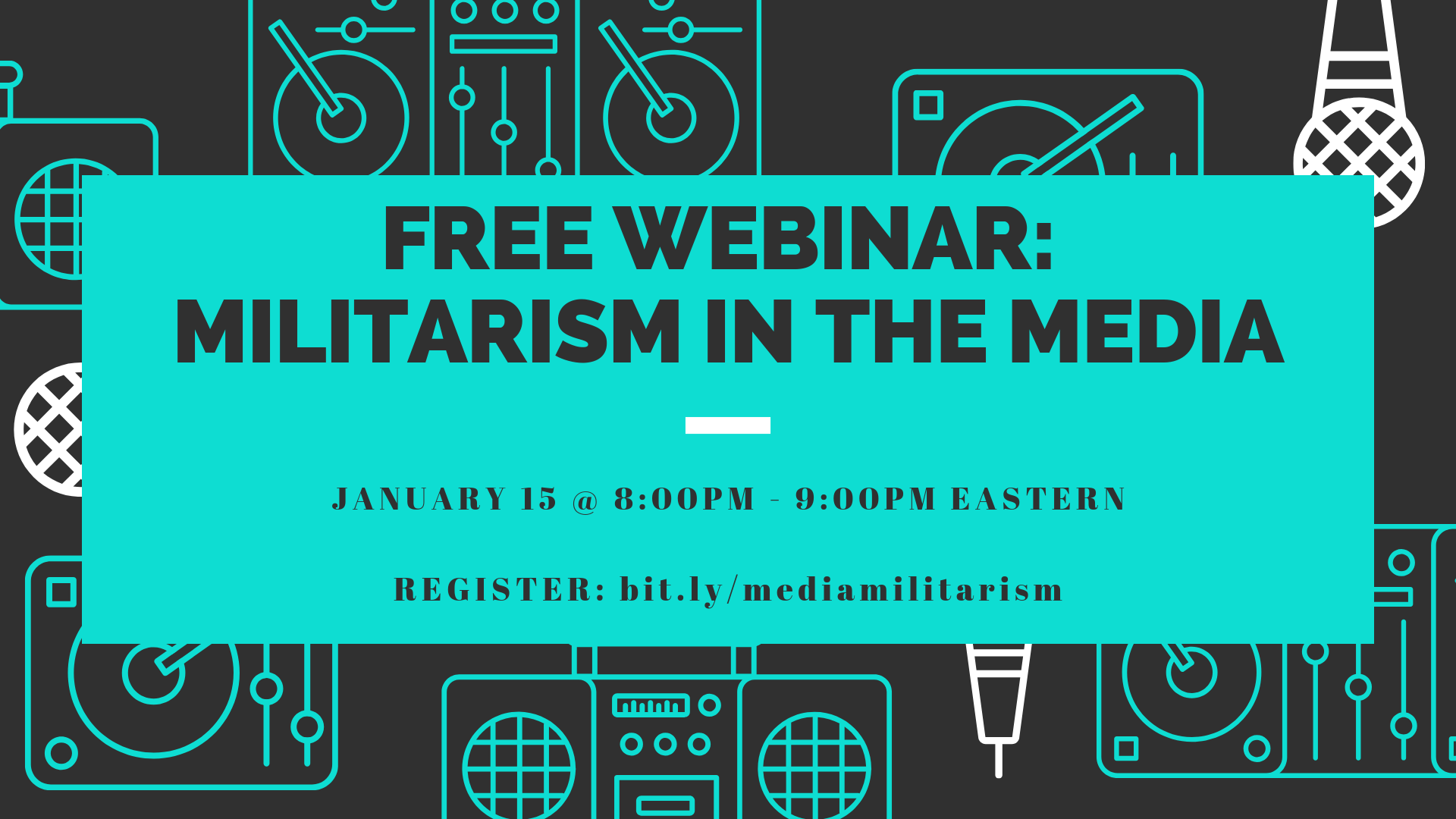 Militarism is the “elephant in the room,” says FAIR founder Jeff Cohen. Former TV pundit for MSNBC, CNN, and Fox, Jeff was fired for shedding light on the perils of U.S. interventionism and in particular, for opposing the invasion of Iraq on the air.

Rose Dyson, President of Canadians Concerned About Violence in Entertainment, expresses concern about the culture of war that is perpetuated by TV, music, video games, and social media. Popular culture glamorizes the use of guns, normalizing violence and conflict.

What: Free Webinar: Militarism in the Media
When: Tuesday, January 15 at 8:00 p.m. – 9:00 p.m. Eastern Time (GMT – 5)
Where: Your computer or telephone!
Register for our free webinar featuring experts Rose Dyson and Jeff Cohen discussing the strained relationship between militarism and the media, and how we can be peaceful advocates for a world BEYOND war.

The webinar will be hosted on the Zoom platform. Participants can join via telephone or computer. You will receive a confirmation email with the log-on details when you RSVP.

Hope you can join us for this important discussion!