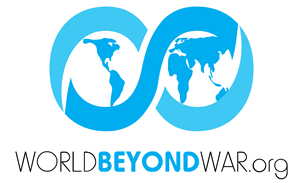 November 11, 2018, is Armistice Day 100 (or 101), a century since World War I was ended at a scheduled moment (11 o’clock on the 11th day of the 11th month in 1918). For decades in the United States, as elsewhere, Armistice Day was a holiday of peace, of sad remembrance and joyful ending of war, of a commitment to preventing war in the future. The holiday’s name was changed in the United States after the U.S. war on Korea to “Veterans Day,” a largely pro-war holiday on which some U.S. cities forbid Veterans For Peace groups from marching in their parades.

Sign up for any event on the world map here, or add a new one.

Due at least in large part to public opposition, Trump’s weapons parade in Washington D.C. has been canceled. Armistice Day has not been: Go here.

Trump plans to be in Paris, but France says it will not hold another weapons parade on that day. Putin says he will meet with Trump in Paris and try to talk him out of scrapping the INF treaty. And France says it will hold a “peace forum” including all sorts of good causes but apparently nothing about ending war, disarming, divesting from war profits, closing bases, or creating the rule of law for big war makers and weapons dealers.

Resources for your event helping to restore Armistice Day:

One activity for 11 a.m. wherever you are, or some other appropriate time, is bell ringing. Here’s a kit from a Veterans For Peace chapter on a past Armistice Day.

Get and wear white poppies.

JROTC Out of Our Schools.

A graphic you can use.

We Need a New Armistice Day

About the Trump Weapons Parade:

Marches on Washington to End the Wars

About the militarization of societies, police, and schools:

JROTC, Military Indoctrination and the Training of Mass Killers

Inside the U.S. Military Recruitment Program That Trained Nikolas Cruz to Be “A Very Good Shot”

Florida Gunman Nikolas Cruz Knew How to Use a Gun, Thanks to the NRA and the U.S. Army

The Tide it is a Changin’

Can You Give Two Days to Stop the Slaughter?

World BEYOND War is a global network of volunteers, activists, and allied organizations advocating for the abolition of the very institution of war. Our success is driven by a people-powered movement –
support our work for a culture of peace.