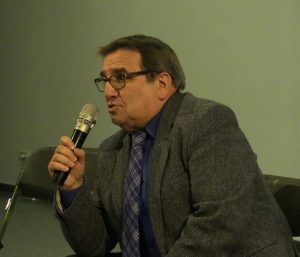 Considering the recent events such as Macron’s recent election and from a French perspective, what is your opinion of the G 20?

In Hamburg, the newly-elected French president, so far presented as “young and modern”, only perpetuated the habitual, neoliberal politics of his predecessors, Sarkozy and Hollande. No new ideas or initiatives were mentioned by President Macron in reaction to the dramatic failures of past unfair commercial practices, notably in Africa or concerning his support for the Paris Accord on climate change. We had hopes that our new president would bring new ideas to the table and that France would relay the voices of unrepresented countries of the G20. We were hoping to be surprised by a new French foreign policy agenda promoting a fairer world economic order and tackling the roots of the conflicts tearing our planet. We were expecting strong words demanding for the Paris Accord to be enforced. Well we didn’t! President Macron did not bring these themes up, did not propose anything. In reality, the self-proclaimed G20 group only revealed and confirmed it served to defend the egoistical interests of the most powerful. Not only does the group have no legitimacy in discussing the world’s problems, he most of all shows no desire to resolve them for the benefit of all.

Is there any connexion between the G 20 and Peace & War?

In perpetuating and comforting an unfair economic order, the G20 is only accentuating the tensions that are causing wars. Furthermore, the unrestrained rivalry between the great powers to claim ownership over resources is a permanent source of conflict. As mentioned by the participants of the World Social Forum, the G20 is not the solution; it is the cause of many issues. The desired hegemonic status of great powers and the defence of their own interests to the detriment of the common good lead to a constant race for armament and an increase in conflicts. Instead of taking action to reach the Sustainable Development Goals (SDGs), the G20 powers waste funds into military spending; instead of tackling the grounding causes of migrations, misery and wars, they raise barriers and walls. Such a world can only mean and lead to eternal and endless wars.

What were your impressions of the protests?

I of course would like to insist on the difference that exists between the images of violence that are always reported by the media and the reality of the sensible actions of protest taken by organisations from civil society. While the abuses committed by a minimal minority are put forward in order to discredit all protest, often with the police’s support, the World Social Forum and the grand march that united partisans of an “other world” on the Saturday, show that alternatives exist and that the world is not sentenced to be subjected to the current unfair economic world order forever. The quality of the debates that took place at the Forum, the combative atmosphere that prevailed and the joyful, colourful demonstrations on Hamburg’s streets are great sources of optimism for the future. We still have to look into amplifying this voice that is offering a new vision of society, a fairer, more peaceful society, and use all occasions to make our voices heard from public opinion.

What is your opinion on the EU’s militarisation and the recent agreement between France and Germany for a new generation of fighter jets?

Following Brexit, head of states and governments of the European Union did not find a better way to “revive Europe” than to follow a “European common defence” strategy and to create “European funding for the defence industry”. On the 22nd and 23rd of June 2017, the European Council decided to implement an ambitious “Permanent Structured Cooperation” (PESCO), specifying it had to “be coherent with each member State’s national defence planning and the engagements agreed upon as part of NATO”. Considering them to be “historic”, the French president unfortunately deeply pushed for such decisions to be taken and even went further into French-German relations at the 13th July 2017 French-German Council of Ministers.

Concretely this means the EU is subject to NATO’s order who is asking each country to spend 2% of its GDP on defence. The EU is therefore throwing itself in a new arms race. Whilst the French government, starting from this year, has been planning on reducing necessary public spending, in education, healthcare and social services, the army’s budget will be the only one to increase in 2018. It will even “reach 2% of its GDP in 2025” announced President Macron. This decision for greater militarisation and armament is very harmful and we pacifists are very opposed to it. In our opinion, the future of European security needs to lean towards the creation of a larger European framework for cooperation and collective security, overstepping the limits of the present EU, including Russia and all non-member countries to the EU. 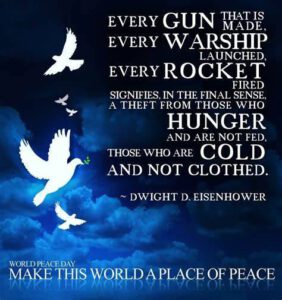